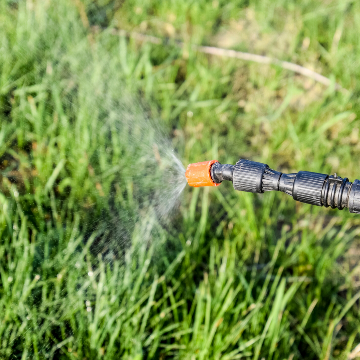 Roundup weed killer lawsuits filed around the country are alleging that the best-selling chemical mixture not only destroys vegetation but also is linked to life-threatening cancer suffered by victims ranging from field workers to backyard gardeners.

International pharmaceutical giant Bayer, which took over Roundup manufacturer Monsanto two years ago, has been swamped by litigation and admits there are now at least 48,600 U.S. plaintiffs suing over health problems tied to the herbicide.

Legal experts say that number is likely to grow as more victims seek help from resources such as immediate legal assistance through nationwide resources such as the network of highly specialized attorneys at injuryhelpdesk. By clicking on Roundup victims can find links to free consultations to pursue possible compensation.

One Monsanto Roundup lawsuit that reached trial has resulted in a $289 million verdict to a California man who blamed his non-Hodgkin lymphoma on exposure to the herbicide. Other Roundup lawsuits have resulted in awards up to $2 billion. Such figures do not include settlements, which, generically include the vast majority of cases that settle out of court rather than go to trial.

WHAT ARE THE ALLEGATIONS IN A ROUNDUP LAWSUIT?

One of the experienced lawyers at injuryhelpdesk can fully inform you of the legal issues involved in these cases but the court files in these cases show these central allegations:

A common theme of Roundup lawsuits is contained in the language of one such case filed in California:  “Defendants’ defective design of Roundup products was willful, wanton, fraudulent, malicious and conducted with reckless disregard for the health and safety of users of the Roundup products, including plaintiff.”

In a related factor, the World Health Organization’s International Agency for Research on Cancer publicly announced in 2015 that glyphosate is a probable carcinogen to humans and that there is “convincing evidence that glyphosate can cause cancer in laboratory animals.”

If you or a loved one was exposed to the glyphosate in Roundup you may be eligible for compensation due to your health issues. There are free legal consultations available for eligible cases.

However, there may legal time limits involved so immediately contact the nationwide network of highly specialized attorneys at injuryhelpdesk for an analysis of your Roundup cancer case.