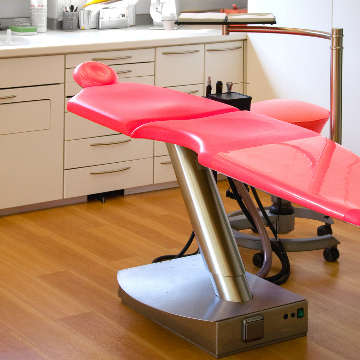 The Essure permanent birth control implant was marketed beginning in 2002 as a safe and effective means of preventing pregnancies. Now, almost two decades later the courts have been flooded with Essure birth control lawsuits claiming that the device causes serious internal injuries and health problems.

The device’s manufacturer, pharmaceutical giant Bayer, has been put on the defensive as thousands and thousands of women are seeking millions of damages in damages for the severe harm the devices have inflicted on their lives.

As these lawsuits proceed the national network of attorneys available through injuryhelpdesk are still offering free consultations to women and families whose lives have been harmed emotionally and physically over these allegations.

Please be aware that there may be legal time limits on your right to claim the compensation you may be due if you file an Essure birth control lawsuit so contact the specialized lawyers available through injuryhelpdesk as soon as possible to preserve your legal rights.

“The device migrates from the [fallopian] tubes, perforates organs, breaks into pieces, and/or corrodes wreaking havoc on the female body.” – Actual claim from an Essure birth control device lawsuit.

In reviewing the court files of the Essure lawsuits there are repeated claims that the devices were poorly manufactured, inadequately tested and falsely marketed as a safe, trustworthy birth control device.

Severe, repeated pain, crippled autoimmune systems, device slippage, inflammations, infections and broken metal parts still floating in their bodies – sometimes even after repeated surgeries are among the medical problems reported by these victims.

It wasn’t long after the devices became a commercial success that problems began to surface and women reporting these problems to Bayer, according to the lawsuits.

Shockingly, the lawsuits allege that Bayer failed to notify the Food and Drug Administration about thousands of these problems and suspicions that the devices were malfunctioning and causing severe and widespread harm to women.

Eventually, the FDA caught wind of this increasingly severe product liability problem and took action against Bayer and issued a public health alert as reported by CNN in 2016:

The U.S. Food and Drug Administration said it will require a new “black box warning” label for Essure, an implantable permanent contraceptive device. A black box warning in the labeling of products is “designed to call attention to serious or life-threatening risks,” according to the FDA website.

Monday’s announcement comes after more than 5,000 women filed grievances with the FDA between November 2002 and May 2015, complaining of unintended pregnancies, miscarriages, stillbirths and severe pain and bleeding after an Essure implantation.

Those grievances have now escalated into Essure birth control lawsuits that are proceeding through courthouses across the country. Interestingly, even though the FDA slapped restrictions on Essure sales and Bayer eventually would up pulling the birth control device from the marketplace in 2018 the company still maintains it was safe.

Bayer and the company that developed the Essure device will have to defend themselves against thousands of lawsuits from women seeking damages for medical costs, stillbirths, temporary and permanent organ damage and pain and suffering.

The defendants also could be on the hook if punitive damages are awarded to punish the company further over these allegations. If you suffered medical problems as a result of an Essure birth control device please contact the experienced lawyers available through injuryhelpdesk as soon as possible.